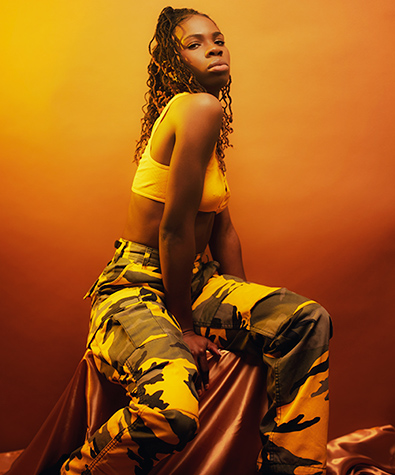 Garnering overwhelming praise from the likes of Pitchfork, Billboard, Hot New Hip Hop, and Lyrical Lemonade to name a few, Haviah continues to carve out spaces that boldly defy gendered expectations for women in hip hop.

Preston Chin is the composer and live performer we know as the man behind the Robotaki mask. Robotaki has released an extensive catalogue of music, spanning genres and styles, and receiving critical acclaim. 2020 will see Robotaki reach another career milestone – writing his debut album. @robotaki

Tim ‘2oolman’ Hill is Mohawk of the Six Nations of the Grand River. He is one half of A Tribe Called Red, a JUNO award winning electronic music group, who blend instrumental hip hop, reggae, moombahton, and dubstep-influenced dance music with elements of First Nations music, particularly drumming and vocal chanting. @2oolman