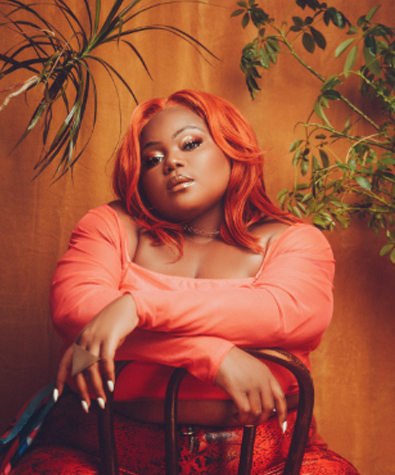 LU KALA
"No Smoke"
Performed by:
LU KALA
Written by:
Vanessa Kalala, David Charles Fischer, Christopher Larocca, Hrag Sanbalian
More Info:
LU KALA, is a Toronto based singer-songwriter with a dynamic vocal that is just as confident and stand out as her distinctive orange hair. This songstress is looking to redefine the way pop is seen, with her bold, in-your-face style.

David Charles Fischer’s love for music, and his affection for the art, has helped him earn over 250 million combined streams on his 60 plus co-written songs. Contributing to several gold, platinum, and award winning songs. David shows no signs of slowing down collaborating with a variety of renowned artists such as Cheat Codes, Bülow, Shaed, NOTD, Kiiara, Renforshort, Verzache, WizTheMc, DVBBS, Wiz Khalifa, Rebecca Black and many more.

Chris LaRocca is an artist, producer and songwriter born in Vancouver, B.C. and living/working in Toronto, ON. His own project has garnered industry attention from the likes of Zane Lowe and the Red Bull Music Academy, and his songwriting credits include Bryson Tiller, Xavier Omar, and Lu Kala.

Hrag Sanbalian is a producer/songwriter born and raised in Toronto, Canada. Working out of his downtown Toronto studio, he has collaborated with acts such as SHAED, LU KALA, Chris Larocca, Virginia to Vegas and many more. He made his professional music career start playing guitar in the hardcore metal scene in Toronto, inspiring him to acheive a music degree at York University. After touring the world as a guitar player and musical director, he found he was happiest working as a producer, helping artists discover, craft and build their music.