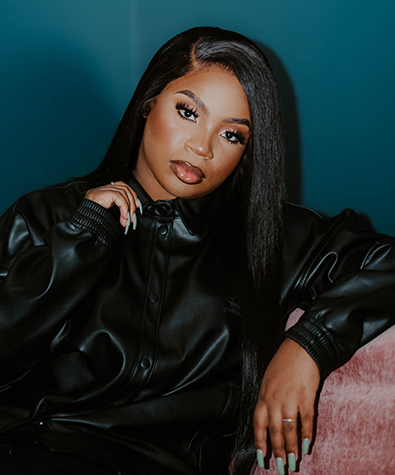 2021 & 2022 JUNO Award winner of Traditional R&B/Soul Recording of the Year and three-time JUNO Award Nominee Savannah Ré has become the one to watch in Canadian R&B. By making music with the unyielding intention to craft songs that forfeit polished stories for authentic ones, the Toronto artist has become the go-to collaborator for R&B upper echelon having written with artists like Babyface, Jessie Reyez, Normani, Wondagurl and her mentor, Grammy Award-winning producer Boi-1da. Savannah Ré’s critically-lauded debut EP Opia earned her shoutouts from the likes of SZA and Timbaland and multiple award nominations including a place in music history as the first artist to ever be nominated for both the Contemporary R&B Recording of the Year and the Traditional R&B/Soul Recording of the Year JUNO Awards as well as the first artist to ever receive the Traditional R&B/Soul Recording of the Year JUNO Award. On her upcoming second body of work, Savannah holds firm in her commitment to expressing vulnerability through potent songwriting with a newfound understanding of herself. From the perspective of an ever-evolving woman brimming with confidence, clarity and drive, Savannah Ré continues to establish herself as an impactful voice in R&B.

Deprecated: wp_make_content_images_responsive is deprecated since version 5.5.0! Use wp_filter_content_tags() instead. in C:\home\site\wwwroot\wp-includes\functions.php on line 5325