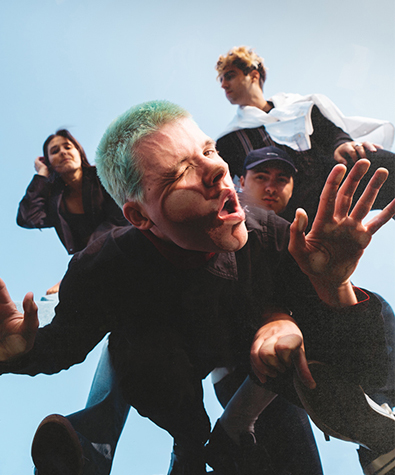 Valley
"homebody"
Performed by:
Valley
Written by:
Michael Brandolino, Alexander DiMauro, Karah McGillivray, Robert Sowinski, Tom Peyton
More Info:
Juno-nominated “Breakthrough Group of the Year” in 2020, Valley has spent the past four years developing and becoming one of the top internationally streamed Canadian-domestic acts worldwide. Their imaginative brand of alt-pop, which is built conceptually to capture the complications, apprehensions, and catastrophes that escort our transition from teenage years to young adulthood, navigates the exact time and mindset the Toronto-based 4-piece were in when they formed accidentally their freshmen year of college at a double-booked studio session.

Tom Peyton is any song’s secret weapon. His eclectic taste and thoughtful songwriting uniquely qualify him to connect with his collaborators and his audience with authenticity. He’s had success across a variety of genres from X Ambassadors “Boom”, Panic! “Say Amen”, The Glorious Sons “Sawed Off Shotgun”, Pitbull “Fireball”, to name a few.